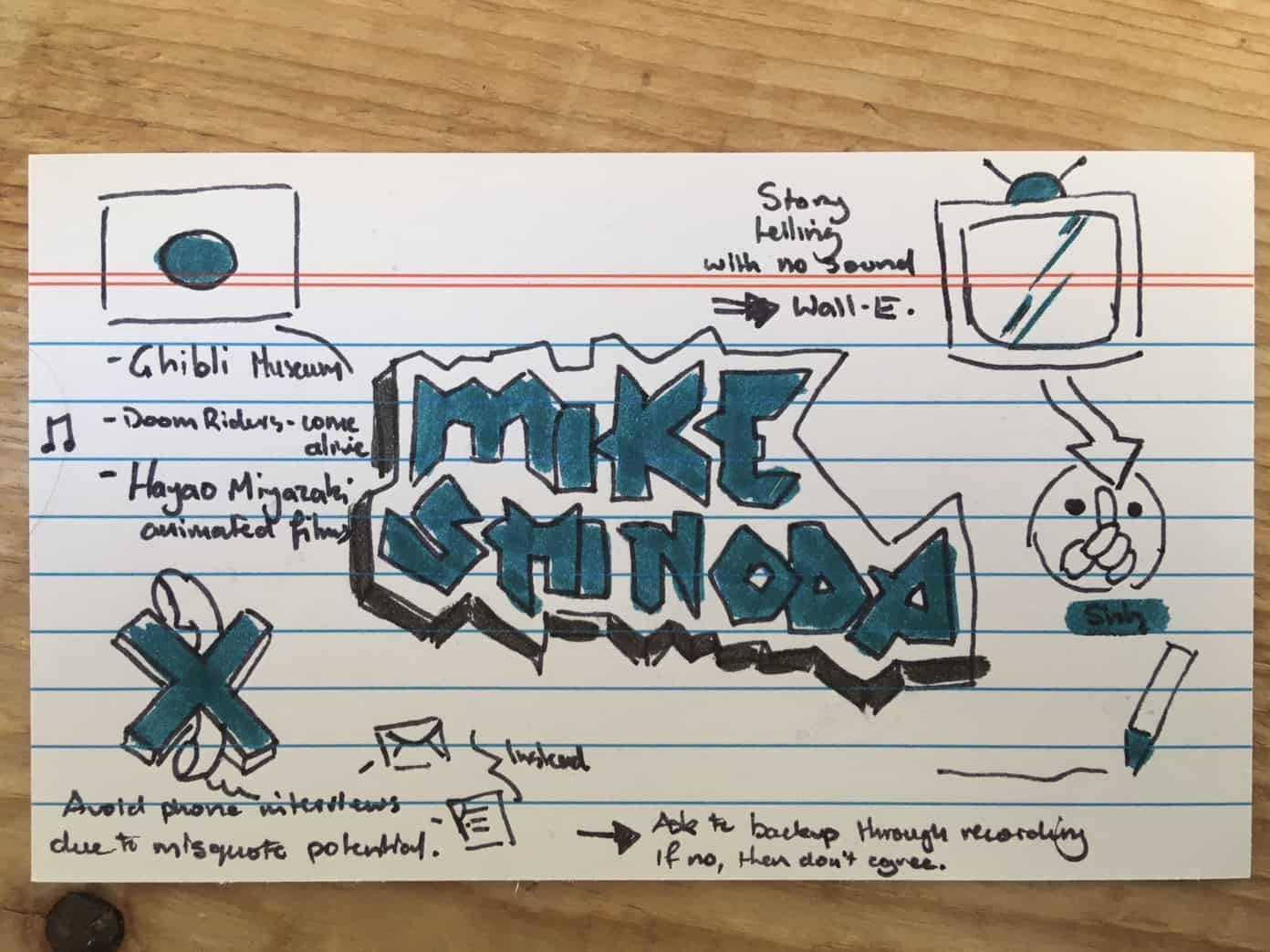 His side project is Fort Minor of which Tim is a fan.

Interestingly, prior to listening to this podcast, I thought to myself that I ought to watch the Godfather series as I’ve never seen it before.

Guess what Mike referred to as one of his favourites? Yep, you got it, so now I’ve scheduled it in. We seem to have similar film tastes as he also referred to Se7en, Fight Club and even Wall-E.

S is for Storytelling

This is mentioned in Tools of Titans but it stuck out to me and my reticular activating system as I’m tuned into all things storytelling.

He mentioned his appreciation of films like Wall-E that told a story with very few words. It’s a signal of a well put together screenplay.

Tim expanded into this point by suggestion to mute the sound of a film to see if you can still follow the story. I recall a university teacher also suggesting this to me in my degree all that time ago.

The idea I had with this is to use TikTok as a playground for this. Can you tell a Mr. Bean story without voice for 1min? What about 15 seconds? Can you teach something?

Cover Your Tracks With A Paper Trail

Mike is like a microphone and I will make a link to microphones and recording music.

You also use a mic for interviews. Tim and Mike had some interesting points to consider to avoid being misquoted.

Mike mentions that the media company has their own agenda. It’s not their fault, they’ve just gotta do what is in line with their income streams. That generally means click bait so they’ll publish what’s juicy.

It’s good to ask yourself: what might the agenda be of the other party?

Second, Tim mentioned that he always prefers print or email interviews. Phone interviews are a no-no because there is no record of it.

If the media company insists, Tim will request that he record the interview as a back up on his end and email the company with a Dropbox link. This has consent built into it and if they say no, then you say no. Simple.

You can forego one media opportunity, but you will wear a damaging misquote for a long period of time.

Here’s a link to Chris Young and comes from the time Mike and his band first met with a record label.

The label asked them to be gimmicky but they stood firm. In essence, shelve us if you don’t want us to be us.

Tim expanded to say that he has foregone many opportunities because they were gimmicky.

Think about your brand. Think about what you represent. Do you want to be represented in those chains?

Japan was a commonality between these two and a few items were mentioned.

Tim suggested you check out the Ghibli Museum next time you’re in Tokyo.

But my action is to find a film by Hayao Miyazaki and watch it.

Can you suggest where to start?