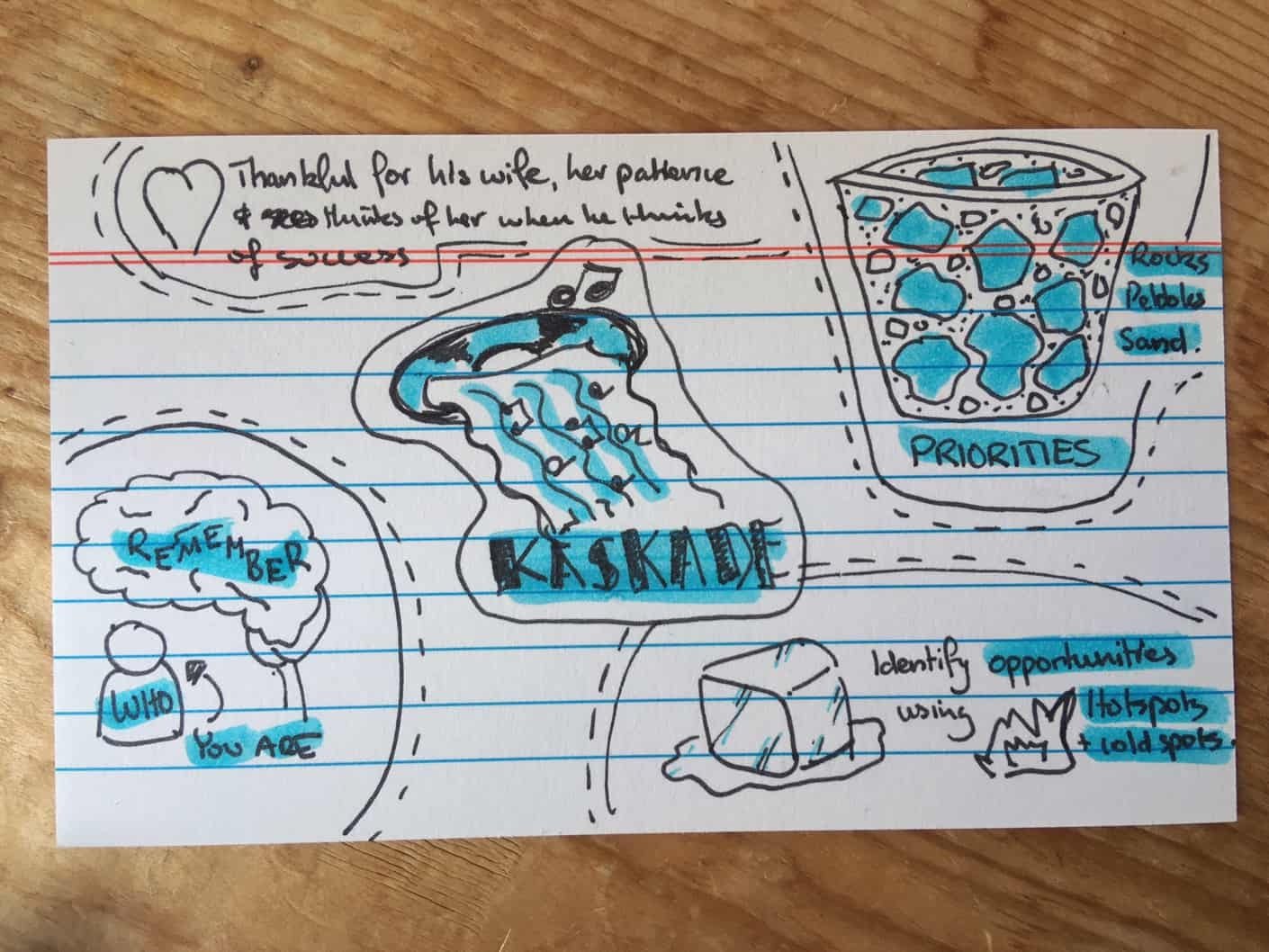 Kaskade is a five time Grammy nominated music artist from the States. He has headlined Coachella 4 times and is considered one of the founding fathers of house music.

How Did Kaskade Get His Break?

What immediately comes to mind when I think of Kaskade is a cascading waterfall. A waterfall can start off kind of slow, but once it has established momentum it’s just about impossible to avoid travelling along its path.

I link opportunity to this metaphor as when it’s identified, there is a ‘cascading domino effect.’

In the case of Kaskade, his big break came when he approached and inquired to a New York club about their slowest night.

“Monday’s because they are closed,” was the reply.

So this is a cold spot that is ripe for the picking. It’s an opportunity that was exploited and he ended up doing that night for 5 years and it turned into a second night on Thursday. That’s when he knew that he could make it.

How can you turn a seemingly dead spot into an opportunity?

Without This Person, He Wouldn’t Be Where He Is Today.

Prior to his breakthrough, he acknowledges the patience and investment that his wife put into him. She took a risk on him as she was the breadwinner while he was the struggling artist.

I like how Tim suggested that if he were shares, his wife would be pretty satisfied with her investment now.

He mentions his gratitude for his wife and he thinks of her when he hears the word success.

This underscores the power of relationships as a team. Backing each other in despite what looks to be silly and adverse.

When The Weird Thing You Heard As A Kid, Makes Sense As An Adult

Fast-forward and he’s now a father and a cliche his father said now makes a lot of sense. Though, he thought it was weird at the time.

Remember who you are.

There is no elaboration on this point so I’m going to interpret based on my filter of meaning.

This speaks about your values. They can just about be the only reference or guiding principles we have when we’re riding life’s rollercoaster.

Remember your values when you are highly successful to counter greed. Recall your values in the low times to help correct the course of the ship and bounce back amid fear, uncertainty and doubt.

Remember what you stand for and what matters to you. Remember to remember to tell yourself this when you’re at the peak or trough of human emotional experience.

How To Use Buckets And Rocks To Prioritise

Now that Kaskade is a father, he has to prioritise his life.

Tim related a useful metaphor that a professor of his shared with him on priorities.

Think of a bucket. Next to the bucket is a pile of rocks, pebbles and sand.

You can place these items in the bucket any way you wish, however, order is important to maximise volume.

Rocks refer to the chunky things that matter to you in life. Sand is at the other end of the spectrum of the daily minutia of life. Pebbles land somewhere in between.

If you fill you bucket first with sand, then it’s much more difficult to place rocks.

In contrast, if you fill the bucket with rocks, then pebbles then sand, you maximise what you can carry or hold in there. The smaller materials fill the gaps.

So the takeaway is to schedule your time with the rocks of your life and fit in the smaller stuff around it and not the other way around.

The Little Baby Step of Action

I plan to end these posts with an teeny-tiny baby step of action because my intention is to not only be inspired but to follow-through and test out some of this advice.

So today’s action is to listen to some music from Kaskade. He also refers to the Daft Punk album: Homework as an album that defined his genre.

I already started listening to this album at the beginning of the week. It’s a total banger and unreal to pair with mopping. I thought I was on a dance floor performing some smooth moves!