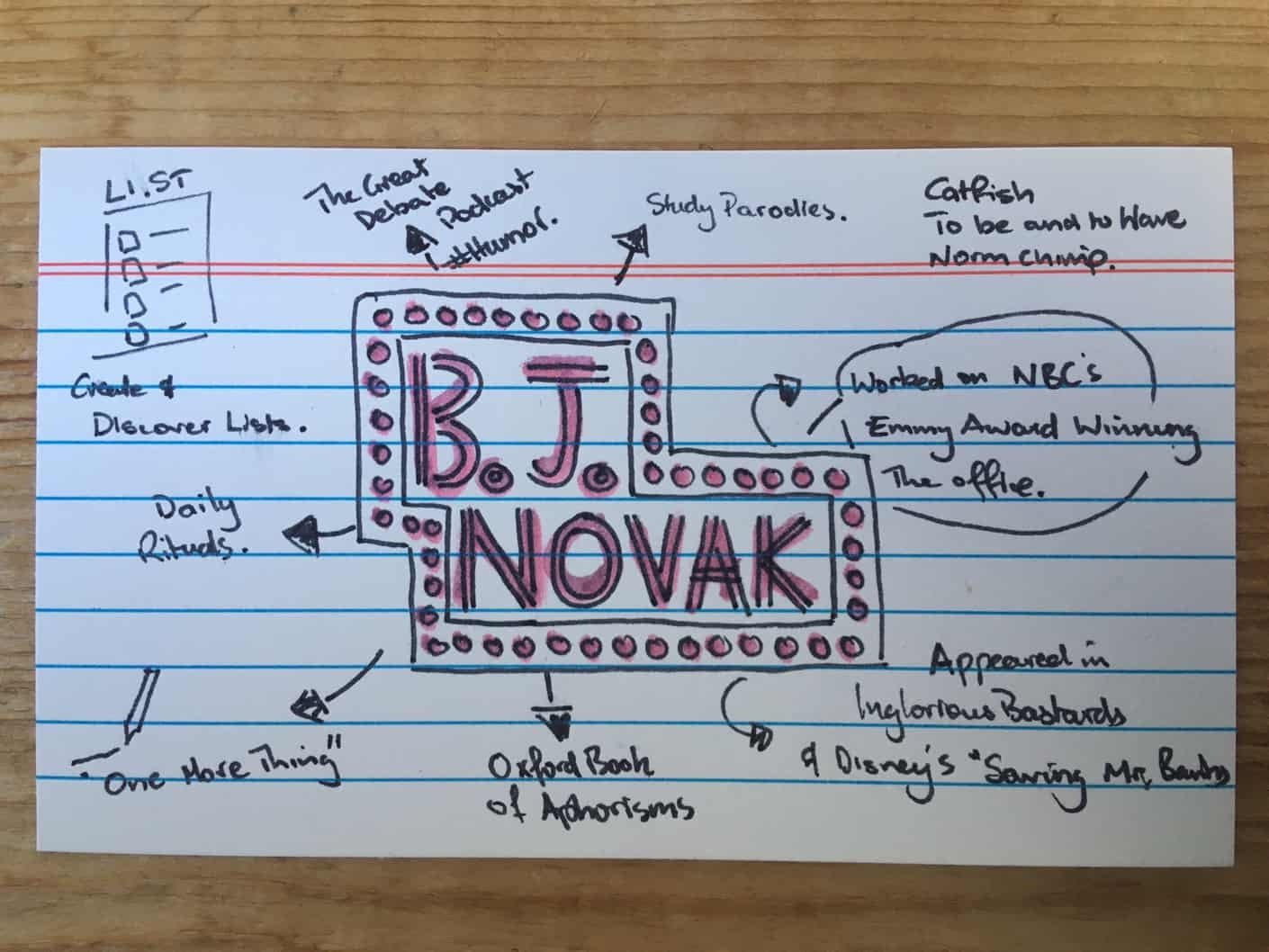 BJ Novak is a former writer of the American Office show. He is also the author of the One More Thing short story series. On the podcast he spoke about a list app called li.st. Googling has told me that it was rebranded to Kiyo, but I’m not having much love with it here in Australia.

How To Use Systems To Push Through Fear Of Failure

I’m going to make a rhyming link with Novak and Evacuation. Evacuation means to abandon or leave a situation and that’s what Novak did after his first standup appearance which he said was terrible.

In hindsight, he would have booked in all of his shows at once. This serves as a commitment device so he couldn’t back out. After than initial experience, he mentioned that it took around three months to build up the confidence again to have another crack.

Do you want to live by the sword and volatility of your emotions and be reactive? Or do you want to push through that adversity and grow? The latter approach is a more systemic way, and it demonstrates how to show up despite when you feel like not wanting to. Often, showing up in these moments leads to massive growth as you’ve stretched yourself.

Following on from the above lesson is Tim suggesting to make your decision in your peak state.

I draw links to James Clear’s Atomic Habits whereby one buys a succession of items in advance as an accountability device. For example, when you have that emotion and momentum in that peak excitable state, take immediate action to make yourself commit to it if it’s really something you want to do.

That’s like deciding that you want to get into shape. A gym membership is a commitment device, but that commitment feels daunting. So you could buy a 10 session pass and reevaluate after that. You’re more likely to follow-through on your original decision if you have taken immediate action that commits you to future action.

How To Execute On Your Creative Ideas

Novak distinguished between actions and ideas and when they surface. Ideas are more asynchronous in nature and he has no control over initiating them. But he does have a system to capture them once they appear. He uses a mini moleskine notebook.

Personally, I have a dictated shortcut on my phone that creates a Trello card. This is the path of least resistance for me.

But what to do once you begin to capture your creative ideas? Remember, it’s about quantity of ideas over the quality of them. The 1% of great ideas will come from this next phase of the process.

That’s refining and fleshing out those ideas. If you don’t have this as part of a process, then those ideas are just that: ideas.

Novak allocated time to revisit these ideas, which is usually hours at a time. I do the same as part of my Friday weekly reflection. What I’ve learned here is to flesh it out, and what that basically means is to define something that’s actionable.

You’re going to have to make this work for yourself. I’m willing to work on the ideas that are akin to pushing a rock down a hill. So if I can’t take immediate action on an idea, then it’s probably too complicated.

However, one idea every so often will crystallise. This blog is one such crystal that was formed out of a succession of stacked habits: sketchnoting, listening to audiobooks, and notetaking. The difference for me was to transition from all this being private to public.

A Systematic Way to Designing The Perfect Show

Systems would be a strong theme I keep banging on about.

I loved hearing about how Novak arrived at sourcing material for his shows. For me it demonstrates the 1% increase over time that eventually compounds into something grand.

He is tuning himself into his audience and what tickles them. He captures that through reflection and carries that through to the next show. Over time, that creates a show. I’ve heard similar approaches mentioned by Jamie Foxx and even Steve Martin.

A few documentaries and books were mentioned on the podcast. Novak suggested Catfish, which Tim agreed with. Novak also mentioned that he would probably start with parodies when teaching students about humorous writing. I’m banking this for future reference.